Local Lib Dem councillors are keeping up the fight against graffiti. Having secured action to remove graffiti on St Helens Road bridge (with Network Rail) and at the Moor Lane pedestrian crossing near the Tesco roundabout, the latest outbreaks that have been reported for cleaning up are at: 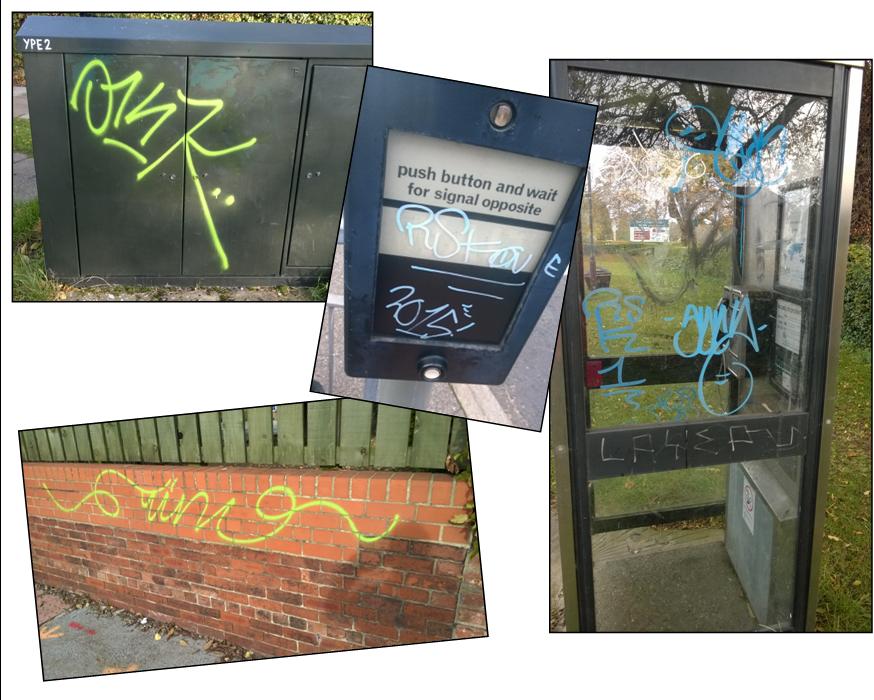 The latest batch of footpaths to be repaired are at: 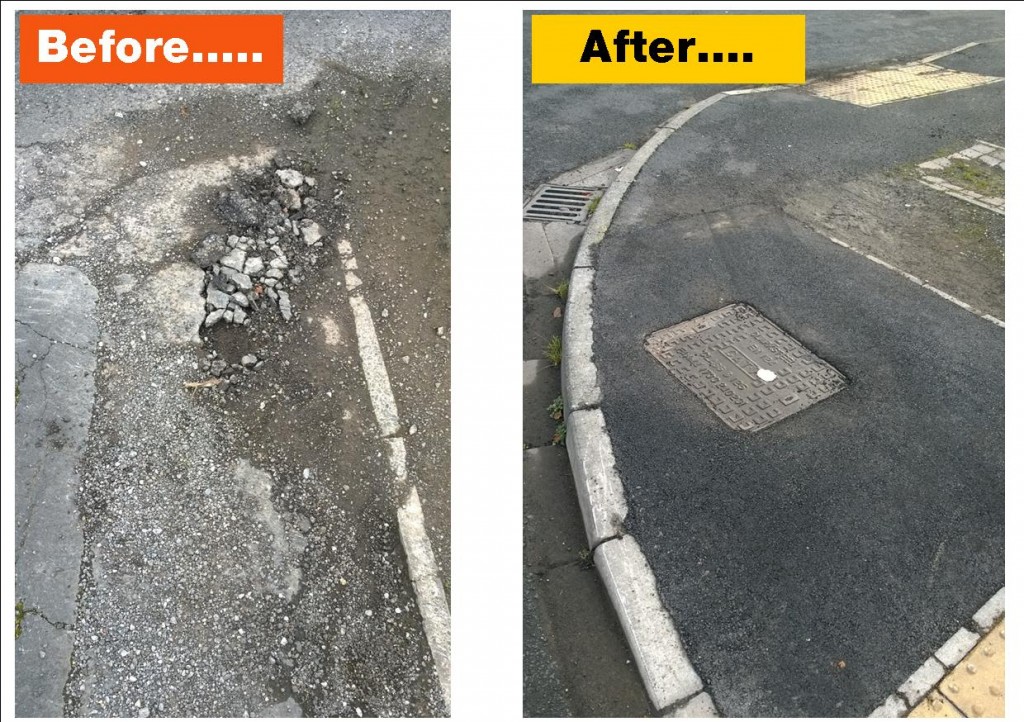 In addition an area for repair has been marked out on Eden Close where a utility cover poses a trip hazard due to the disintegration of the tarmac surface. 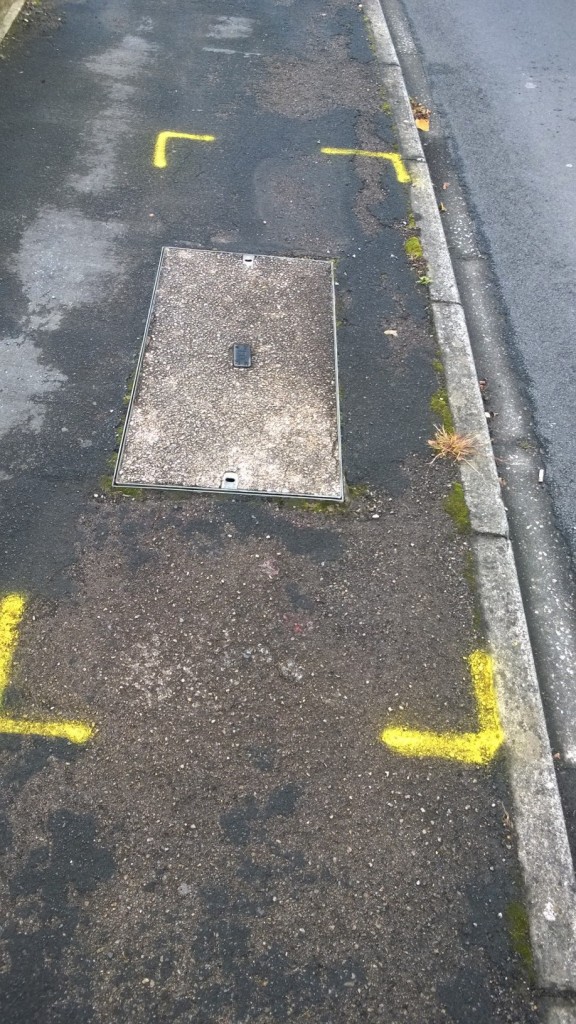 British Telecom have announced plans to remove the phone box located outside the Woodthorpe shops on Moorcroft Road. 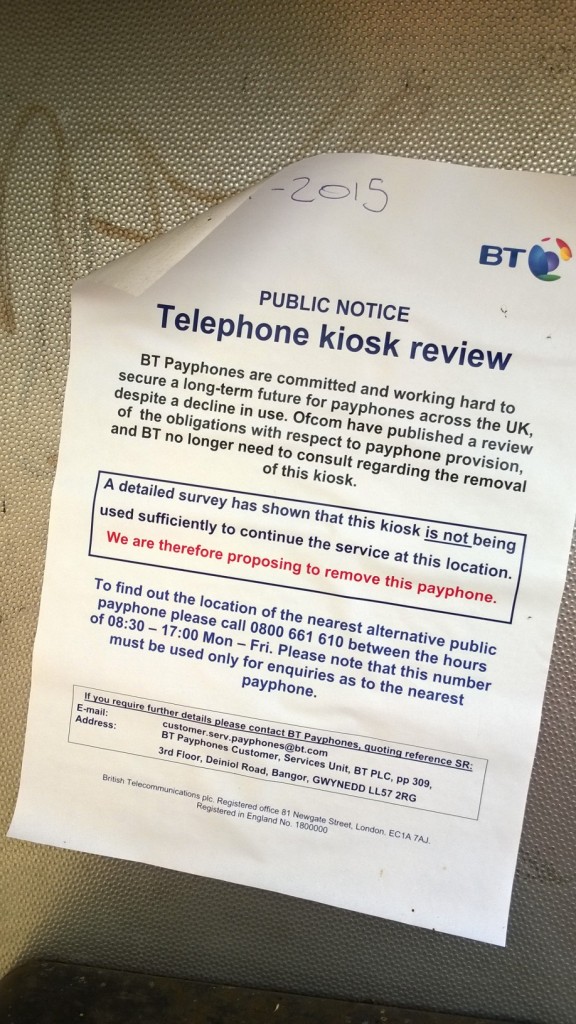 No consultation planned by BT on phone box removal

The sign that has been put up by BT makes it clear that no consultation is planned, nor does it give any clue as to when the phone box is likely to be removed.

Councillor Stephen Fenton recently asked for repairs to be made to the kiosk (which have been done), as part of efforts to improve the environment around the shops. 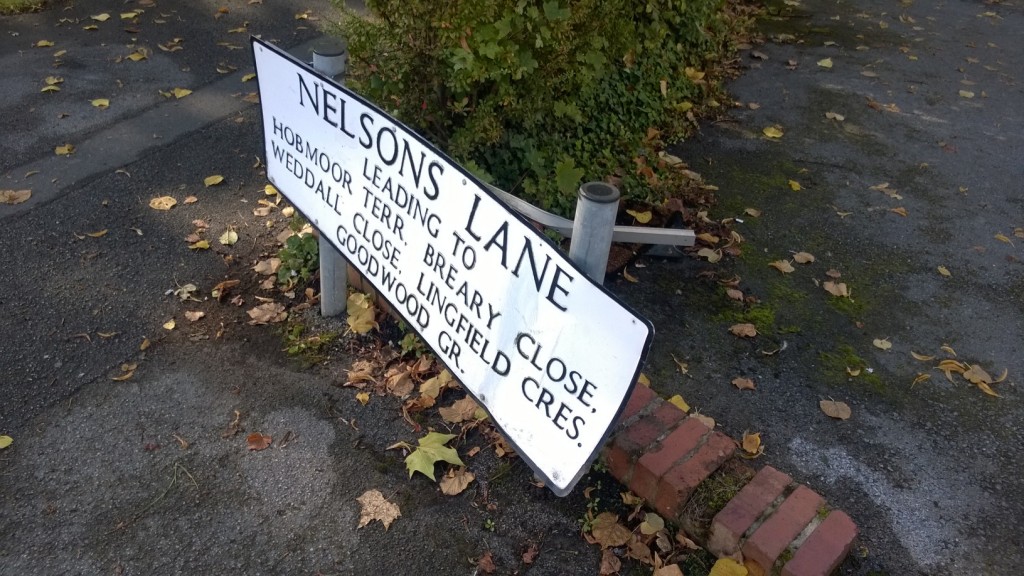 The old street sign, which was badly damaged, has been replaced with a new sign at the junction with Tadcaster Road. 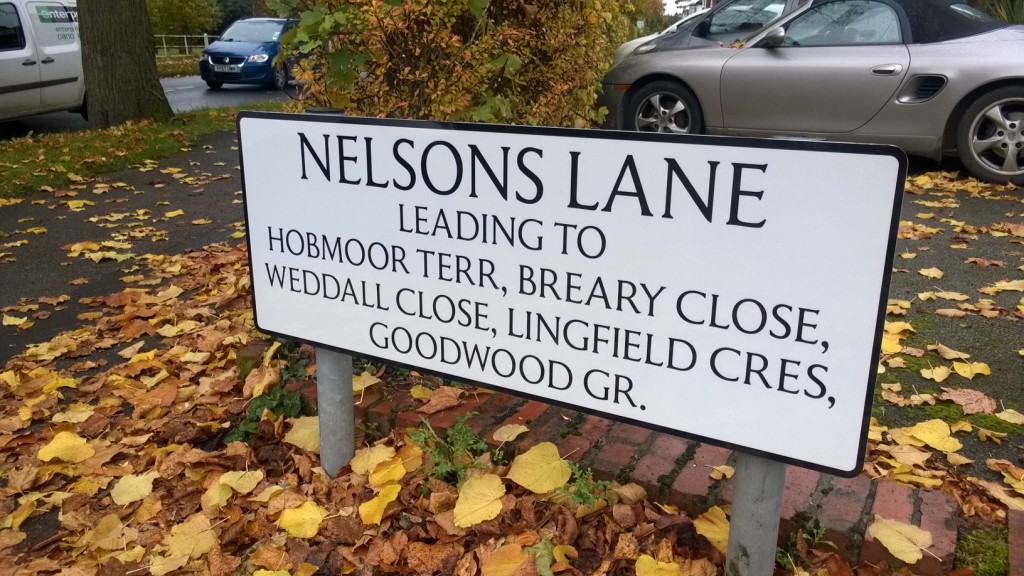 We recently reported that Cllr Stephen Fenton had undertaken a survey of footpaths around Woodthorpe and identified faults that needed fixing. We are pleased to report some early successes.

A raised metal cover which posed a trip hazard at the junction of Ryecroft Avenue and Chantry Close has been rectified (pictured below). 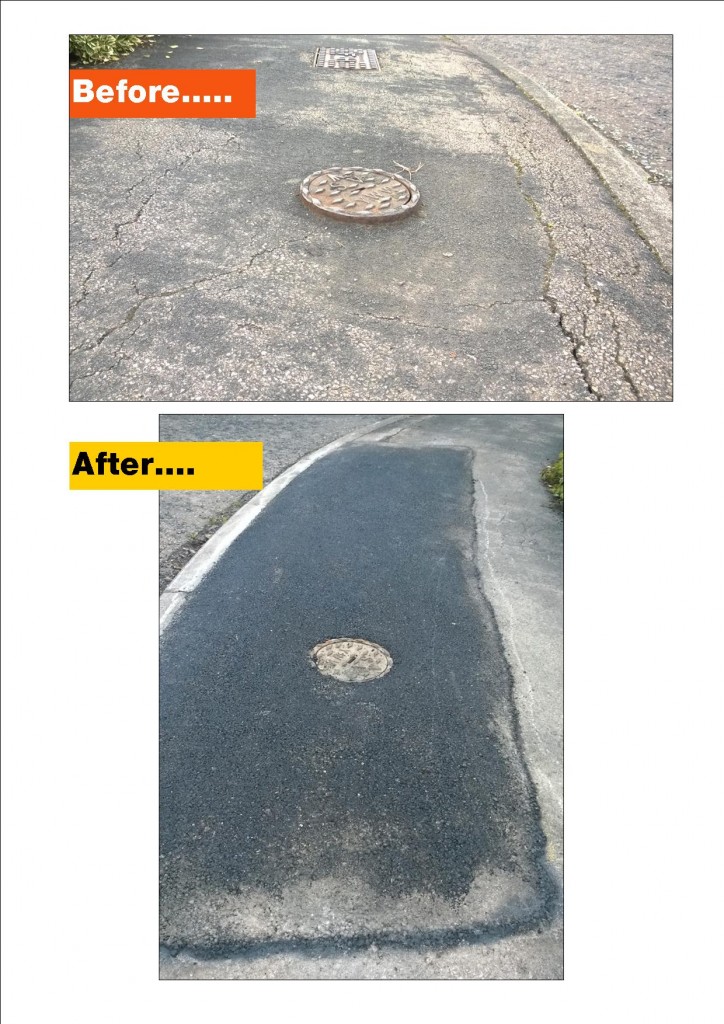 A section of pavement on Annan Close which was badly cracked has been resurfaced (pictured below); 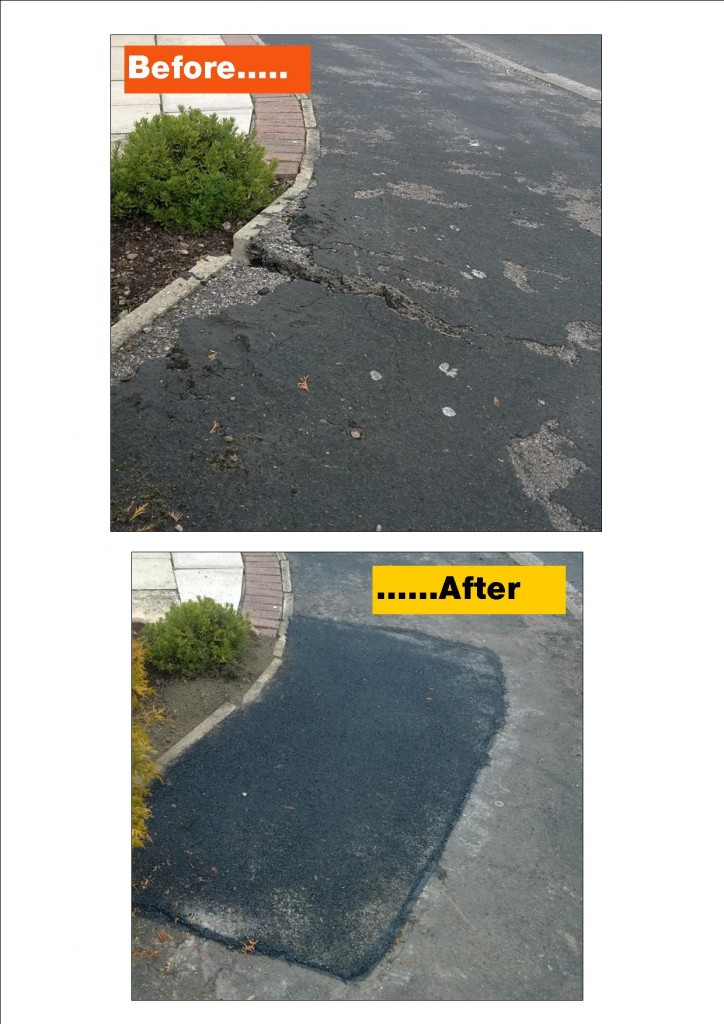 Two trip hazards identified on Carron Crescent have been marked up for repair (pictured below). 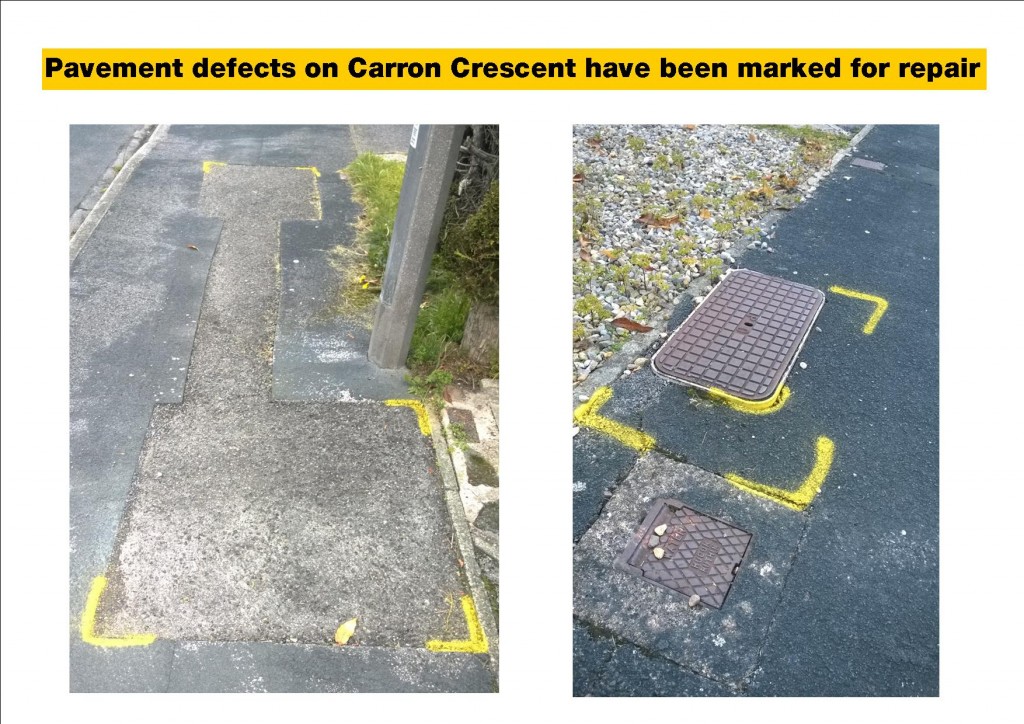 Also in Woodthorpe, some much-needed repairs have been carried out on a crumbling section of the Alness Drive road surface (pictured below). 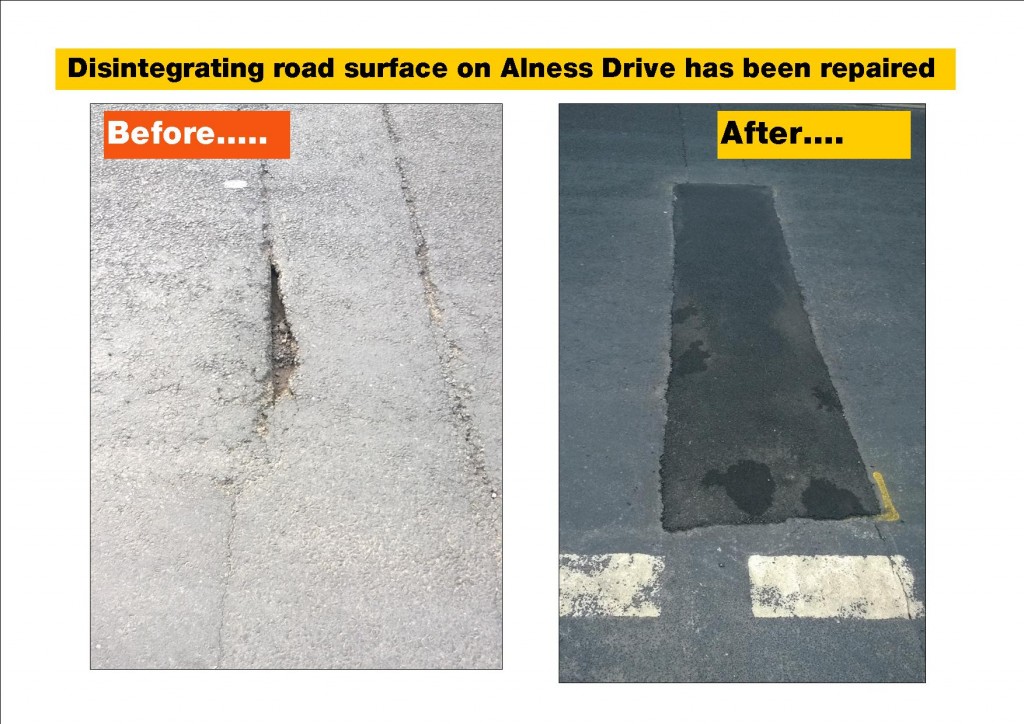 We are pleased to report that Network Rail have taken prompt action to paint over the graffiti that had been daubed on the St Helens Road railway bridge. 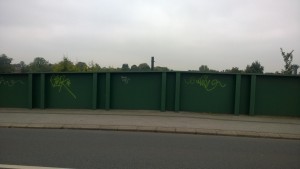 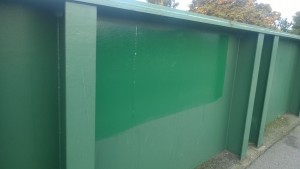 The initial response from Network Rail suggested that this would be a low priority, so it is pleasing to see that it has been prioritised for action.

National chocolate week is being celebrated with a variety of activities at Goddards on Tadcaster Road, between 14th and 18th October from 11am to 5pm each day. 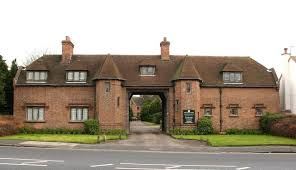 Goddards is the family home of Noel Goddard Terry, owner of the famous chocolate-making firm Terry’s of York. The house was designed by architect Walter Brierley in the Arts and Crafts style and is complemented by four acres of gardens. It is managed by the National Trust.

Cllr Stephen Fenton undertook an audit of pavements in the Woodthorpe area at the weekend. With the cold weather approaching, the freeze / thaw action can mean that already weak areas can deteriorate rapidly. By reporting trouble spots now, remedial action can be taken before winter sets in. 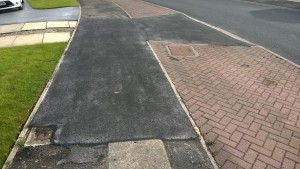 Some of the worst areas of pavement on Deveron Way have been patched up following action taken by Cllr Ann Reid last month.

Stephen has reported a number of issues in need of attention, including on Annan Close, Spey Bank, Ryecroft Avenue and Silverdale Court, pictured below. 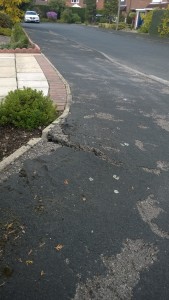 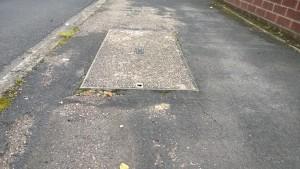 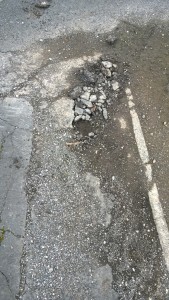 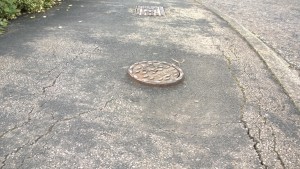 Raised ironwork at the junction of Ryecroft Avenue and Chantry Close

We are pleased to report that the six-a-side football poster boards that had been put up on council property, without permission, have been removed from a number of sites in the Dringhouses & Woodthorpe ward – Chaloners Road, Thanet Road and Tadcaster Road. 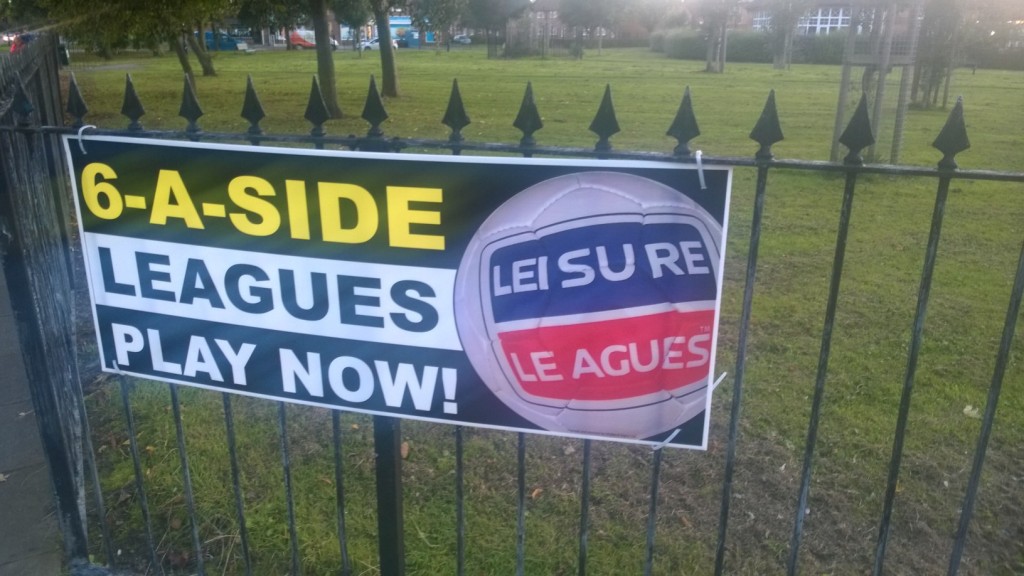 Direct action has taken care of these tacky posters

Local Lib Dem councillor Stephen Fenton has welcomed action taken to enforce parking restrictions at the entrance to the Revival estate off Tadcaster Road. More double yellow lines are planned to be installed following a recent public consultation. The measures are in response to dangerous and inconsiderate parking. 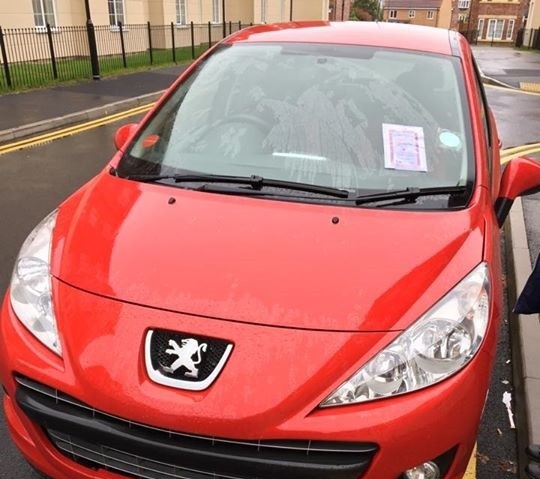 Stephen is also in touch with council officers, who are in turn in contact with the developers and management company, about the irresponsible parking in front of the emergency access gates in the corner of Masters Mews.