The Friends of Dringhouses Library invite residents to come along to their half-term Coffee Morning and Book Sale next week. 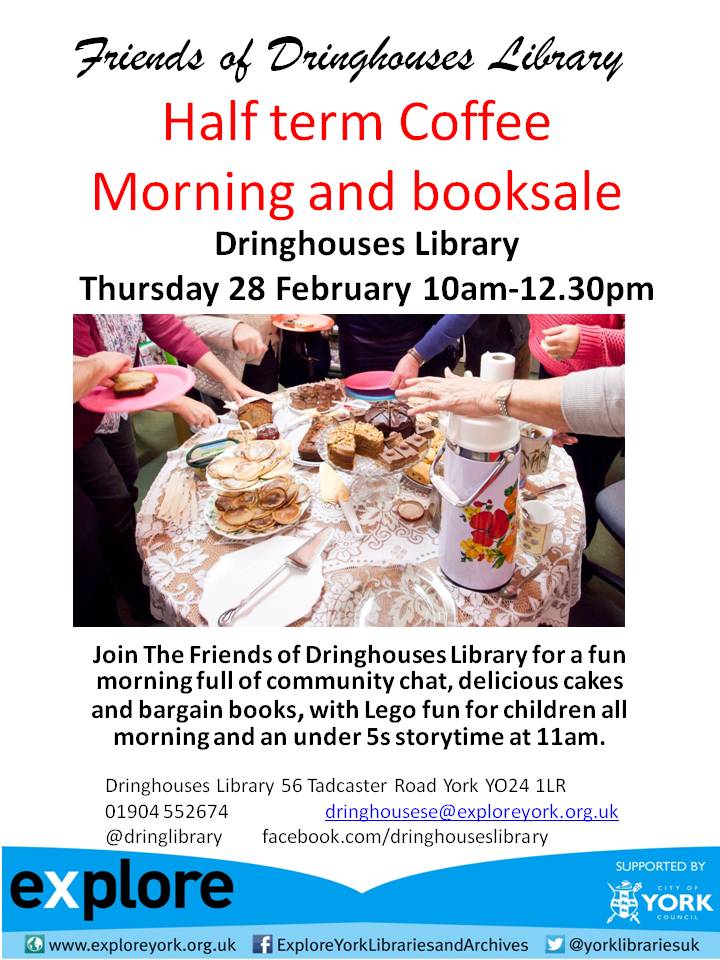 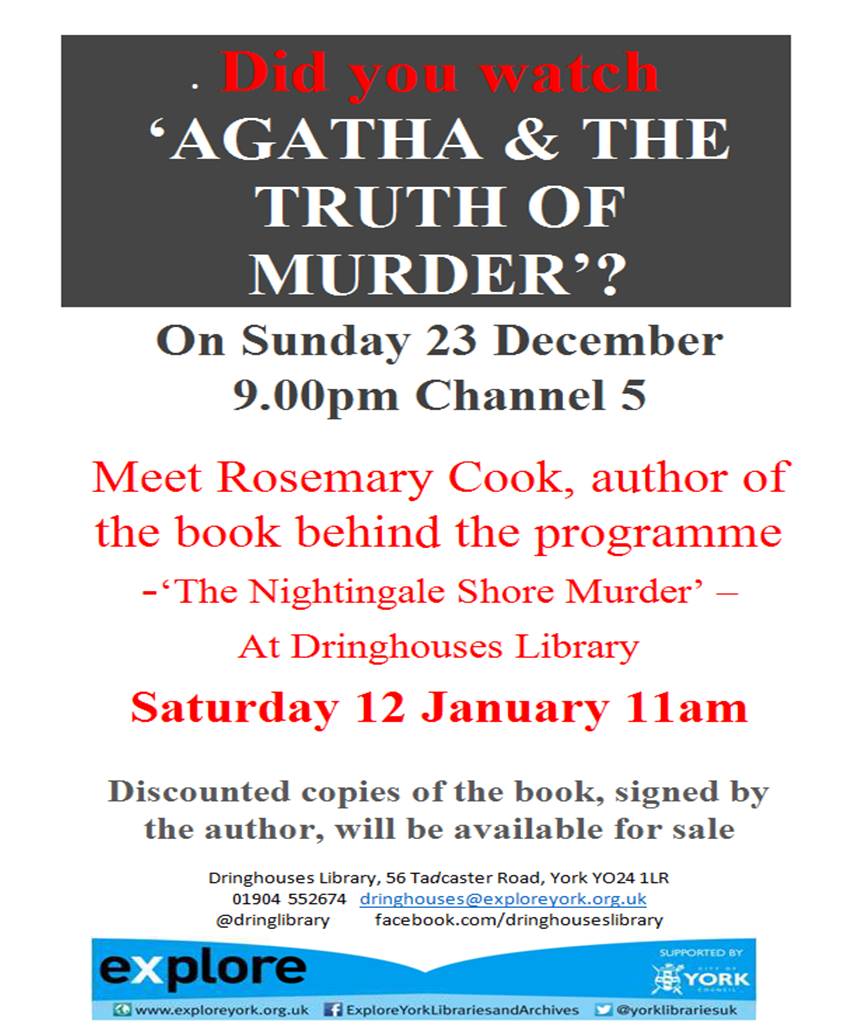 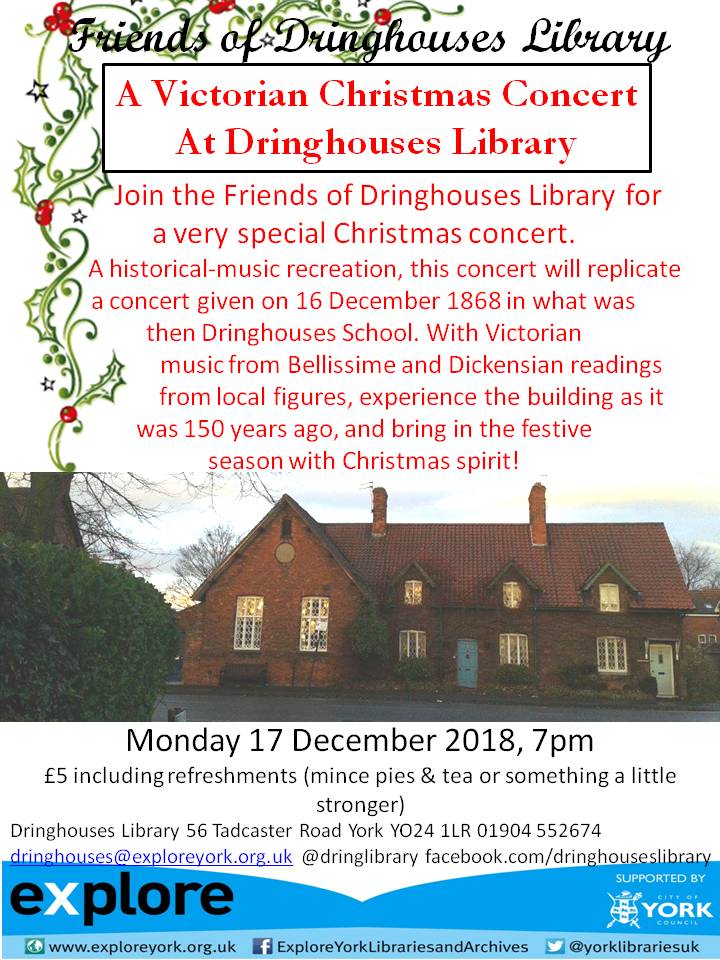 Join the Friends of Dringhouses Library for a celebration of the end of the Great War in York, and the Dringhouses area in particular.

Sample wartime treats, see how you’d look in wartime dress, and get stuck into some fascinating local history.

The Friends of Dringhouses Library AGM takes place on Tuesday 19th June at 6pm, with guest speaker Pauline Kirk, who will be talking about her new book. 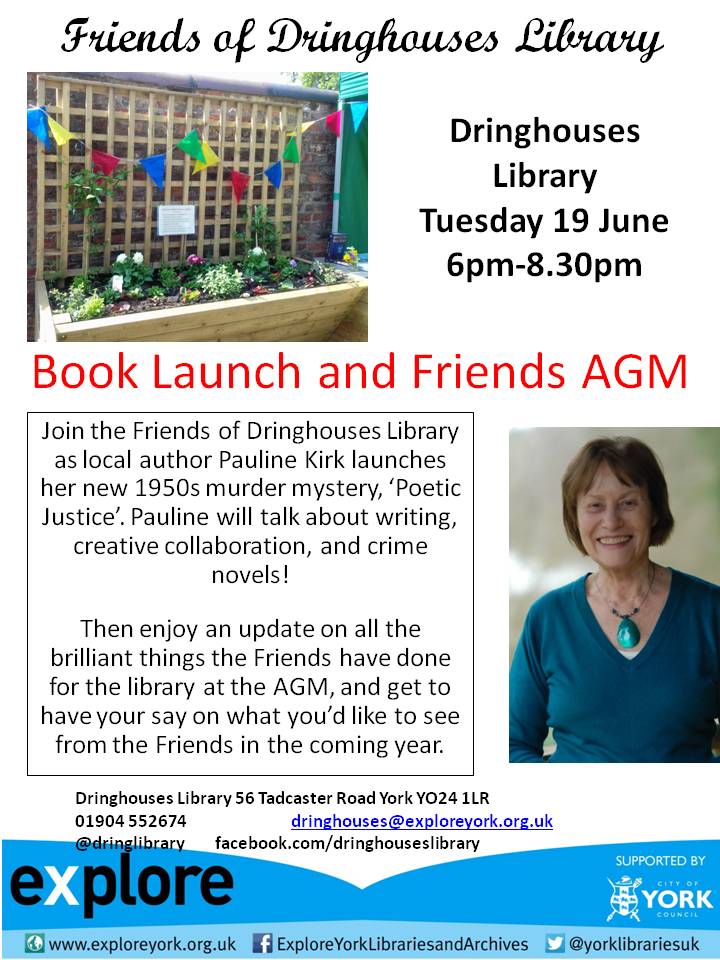 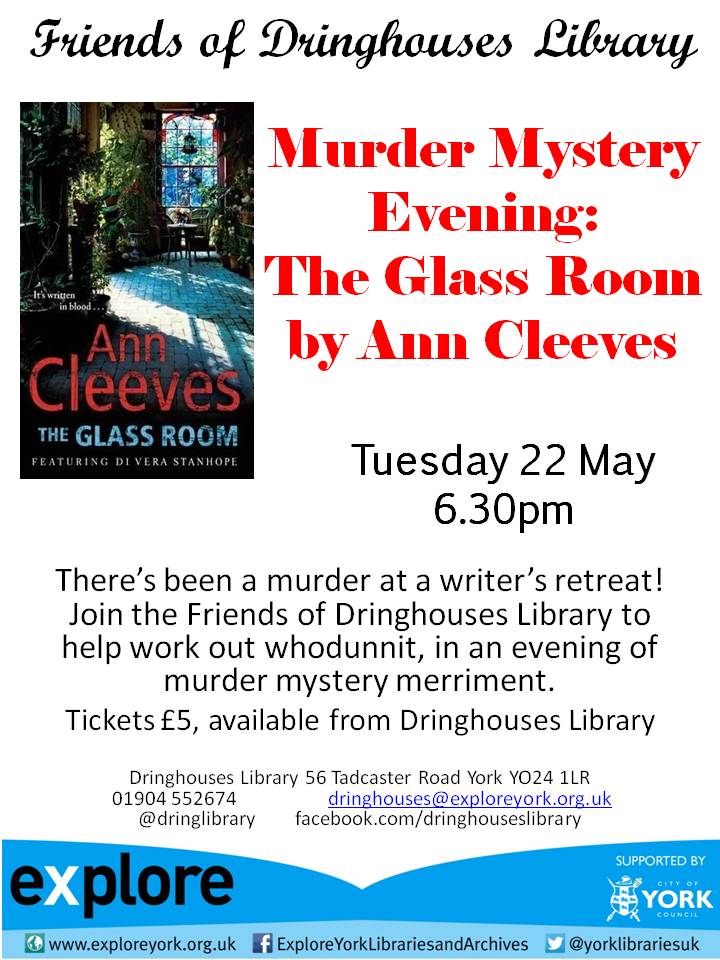 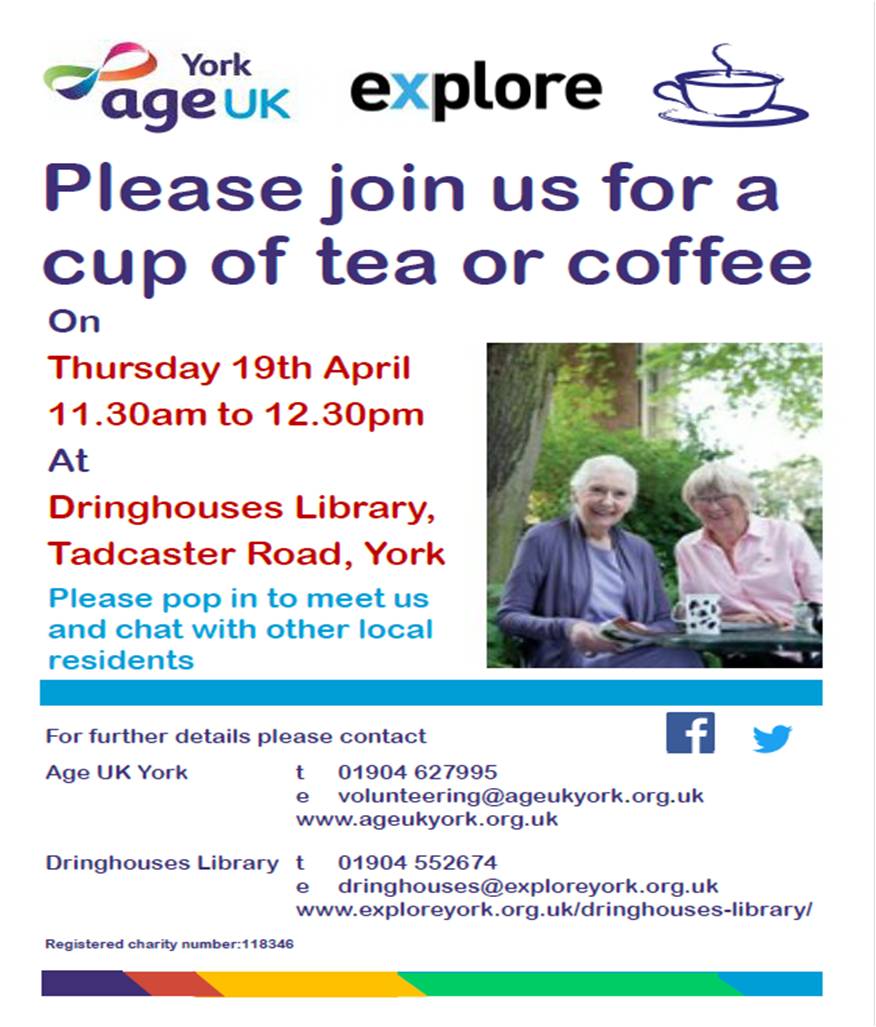 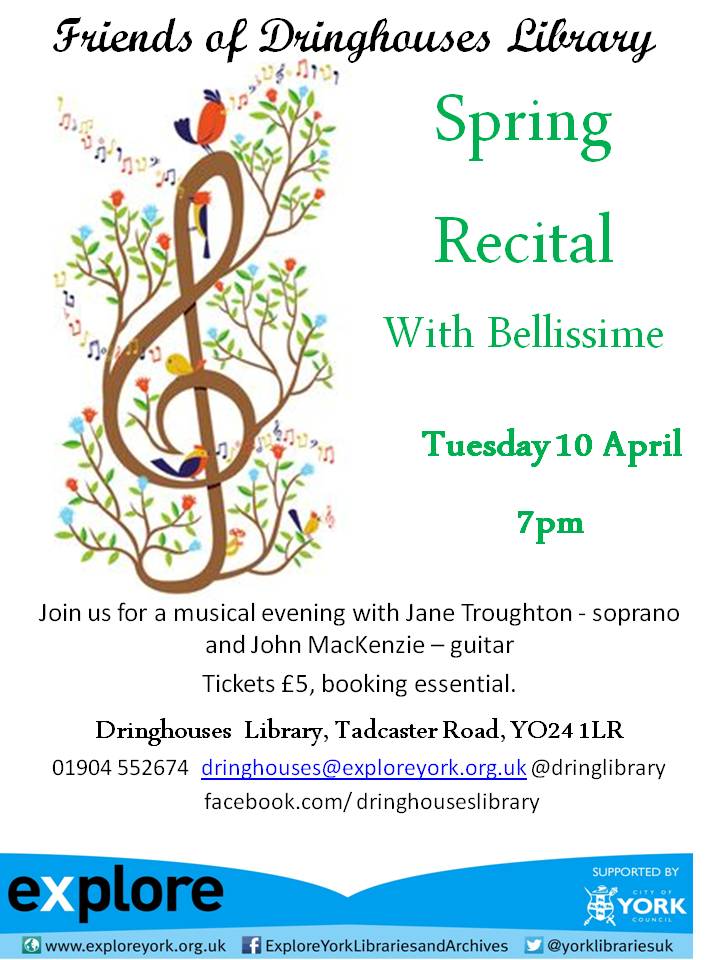 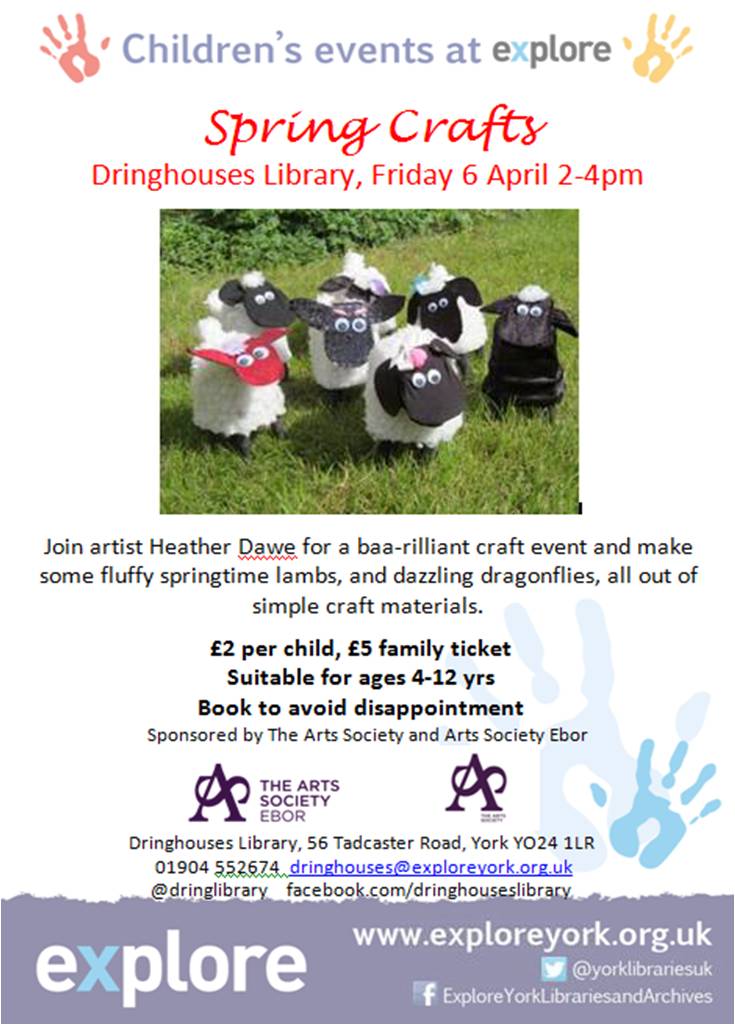 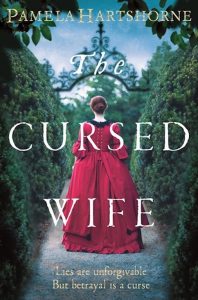 Join Pamela Hartshorne as she talks about her latest novel The Cursed Wife, a page-turning, psychological thriller set in Elizabethan London

Join Pamela Hartshorne as she talks about her latest novel The Cursed Wife, a page-turning, psychological thriller set in Elizabethan London.

Pamela is a York-based novelist, writer and historian. The Cursed Wife is her fifth novel,  and she has also written a number of non-fiction works  and has been the project editor  on several high-quality illustrated books.

Pamela Hartshorne has had a fascinating life and career including stints as cook on an outback cattle station, TEFL teacher in Jakarta and French-speaking interpreter on expedition in Cameroon before ending up back in London as foreign newsdesk secretary at ‘The Observer’. She then wrote 60 books for Mills & Boon as Jessica Hart as a method of funding her Ph.D. in Medieval Studies at the University of York. Pamela still lives in York and in addition to researching and writing historical novels she occasionally teaches writing courses and is a freelance project editor for illustrated books.

She has written 4 historical novels set in and around York, Time’s Echo, Memory of Midnight, The Edge of Dark and House of Shadows. Her fifth novel The Cursed Wife is  a page-turning, psychological thriller set in Elizabethan London.