North Yorkshire Police are appealing for witnesses and information about a fail to stop road traffic collision on Alness Drive in Acomb Park on Sunday 27 October.

The appeal follows a ‘fail to stop’ road traffic collision that happened at around 8.30am and involved a BMW and another car which failed to stop at the scene. The owner of the BMW, a woman in her late 60s, was placing her grandchild into the rear seat of her car when the offending vehicle collided with her open rear door, pinning her between the door and body of her vehicle.

The offending vehicle, described as silver or grey and possibly the size of a small MPV, failed to stop and made off towards Moor Lane. As a result of the collision, the woman suffered broken ribs, a broken collar bone, a fractured knee cap and a potentially broken leg. She was taken by ambulance to York Hospital where she is still receiving treatment.

If you can help, please contact North Yorkshire Police on 101, select option 2, and ask for Phillip Kennedy. You can also email philip.kennedy@northyorkshire.pnn.police.uk If you wish to remain anonymous, you can pass information to Crimestoppers on 0800 555 111.

There will be Stop / Go traffic controls on Alness Drive from 8am to 3.30pm, Monday 30th October to Friday 3rd November, during footpath resurfacing works.

We are pleased to report that work will shortly get underway to resurface footpaths on Alness Drive and on Deveron Way. The sections of path to be resurfaced are marked on the map below. The area of block paving on Deveron Way is to be replaced with tarmac.

Letters are being delivered to residents, with a request that any vegetation overhanging the footpath is cut back. The work is due to get underway from 30 October and is expected to take eight weeks. 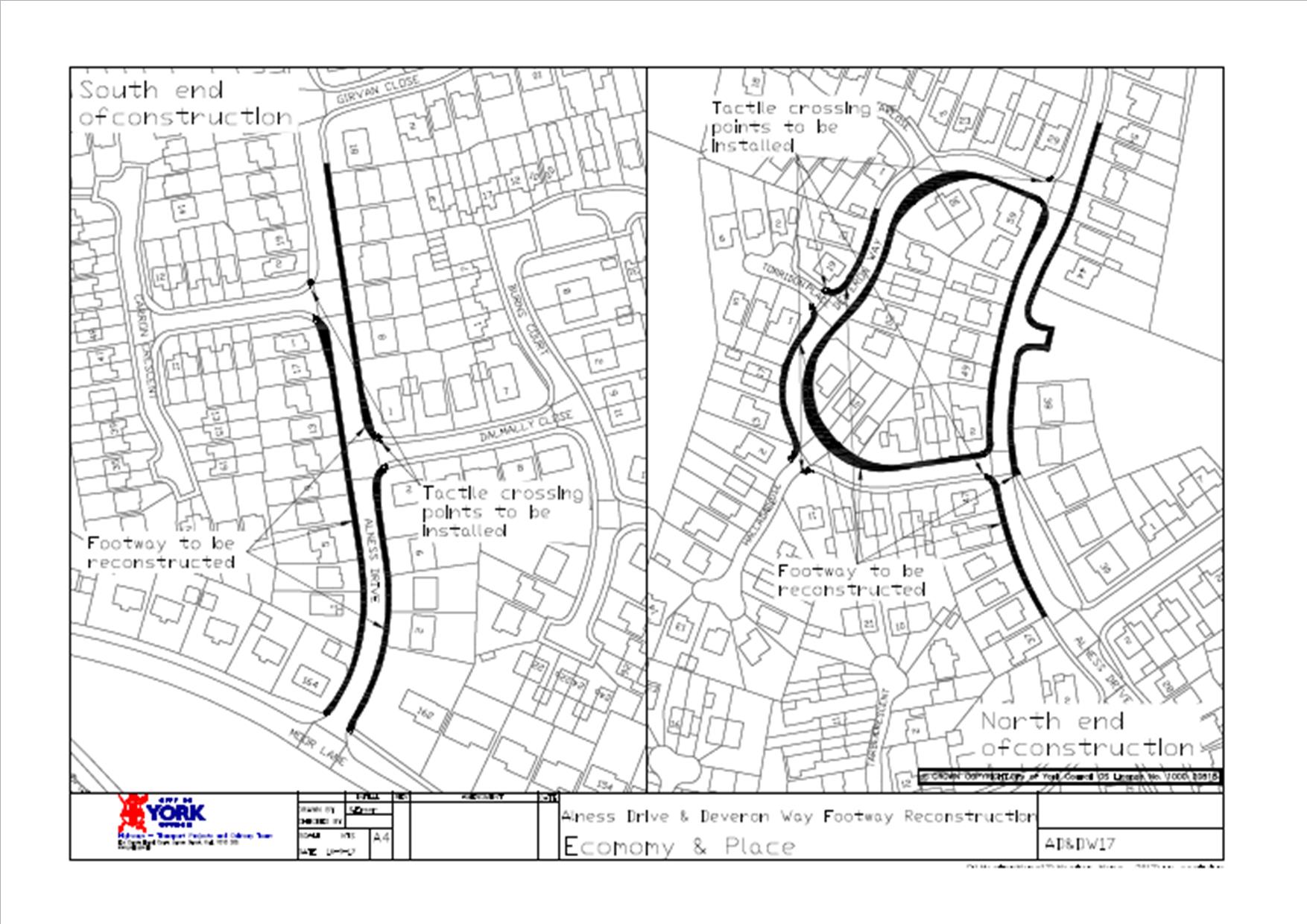 The York Council has announced which roads and footpaths will be resurfaced this year. The programme is the biggest for several years with, in total, £8,091,500 is due to be invested.

This represents an increase of 27% over the previous years budget

Around 100 individual roads are listed for resurfacing.

In the Dringhouses area, the programme includes £1/4 million for work on the following roads and footpaths

In response to a Freedom of Information request, the York Council has published updated figures indicating the effect that the revised 20 mph speed limits have had on average vehicle speeds and accident levels.

The figures reveal that the new limits have had little or no effect on average vehicle speeds while some accident levels have actually risen.

The data updates that published in March 2015 which showed similar results.

The data covers the 20 mph wide area limit in western York implemented in 2013/14. The project cost £600,000 to implement and was widely criticised for failing to recognise that such limits were unenforceable and, in any event, would have a negligible effect on accident levels.

Overall there has been a reduction of only 1.3 mph in mean speeds.

On a related issue, North Yorkshire police are to be asked to justify their decision to increase the number of mobile speed enforcement cameras vans to six.

The Police responded to an FOI inquiry indicting that they only held information relating to the total number of offences which had been recorded when a van visited a particular location. This information had been published on their web site for couple of years now.

The police also publish how they they are dealing with specific speeding complaints raised by members of the public (although there is a backlog). click here

However, it doesn’t provide a measure of how effective the vans have been in controlling vehicle speeds or in reducing the number of accidents on the roads being monitored.

The number of drivers exceeding the prevailing speed limit is only a crude reflection of the “success” of the cameras.  Changes in offender numbers may simply reflected changes in traffic volumes.

Against a background of increasing numbers of road casualty’s, residents need to be convinced that roads are now safer as a result of police investment.

A further request for the information is now being drafted. 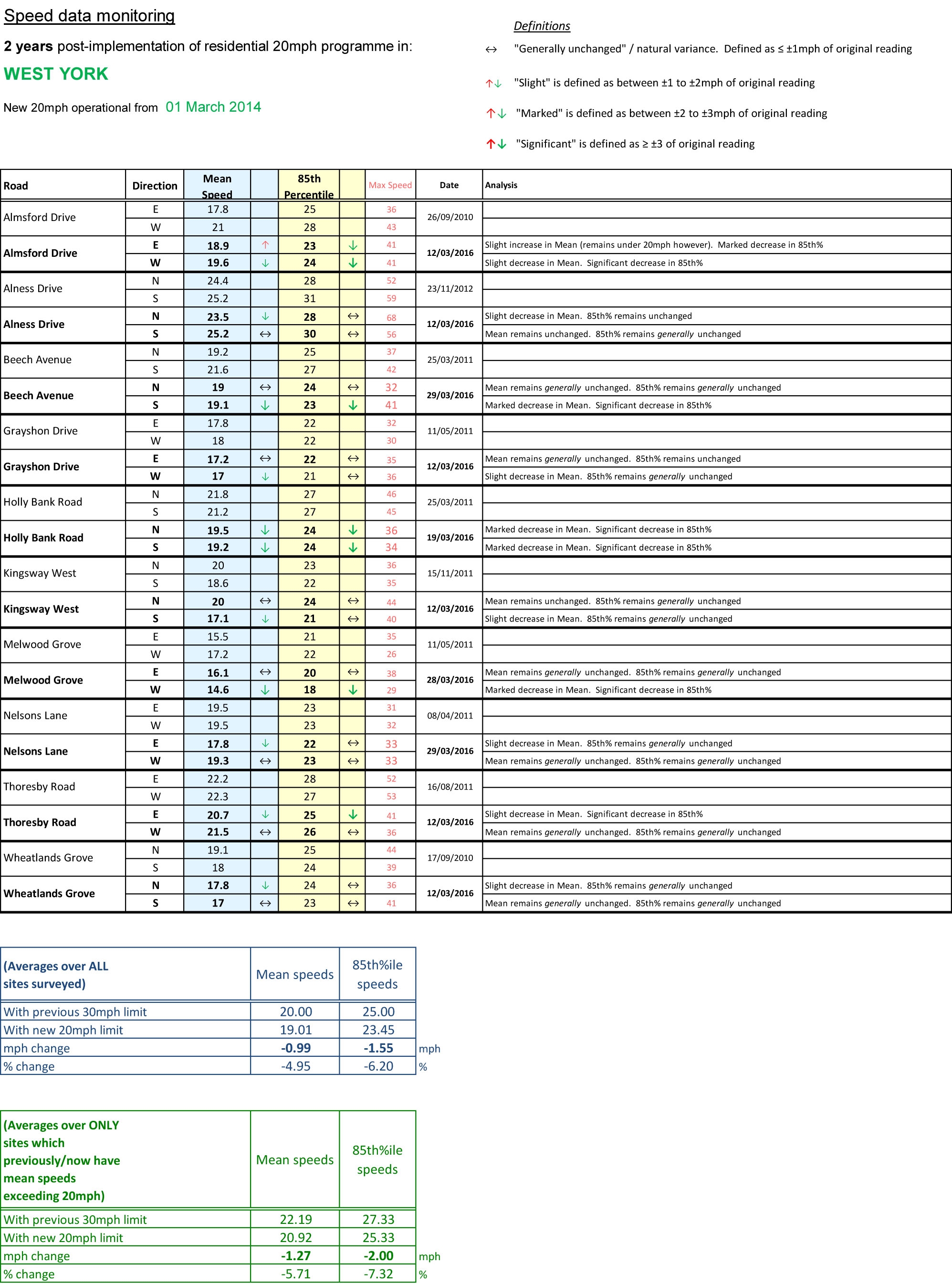 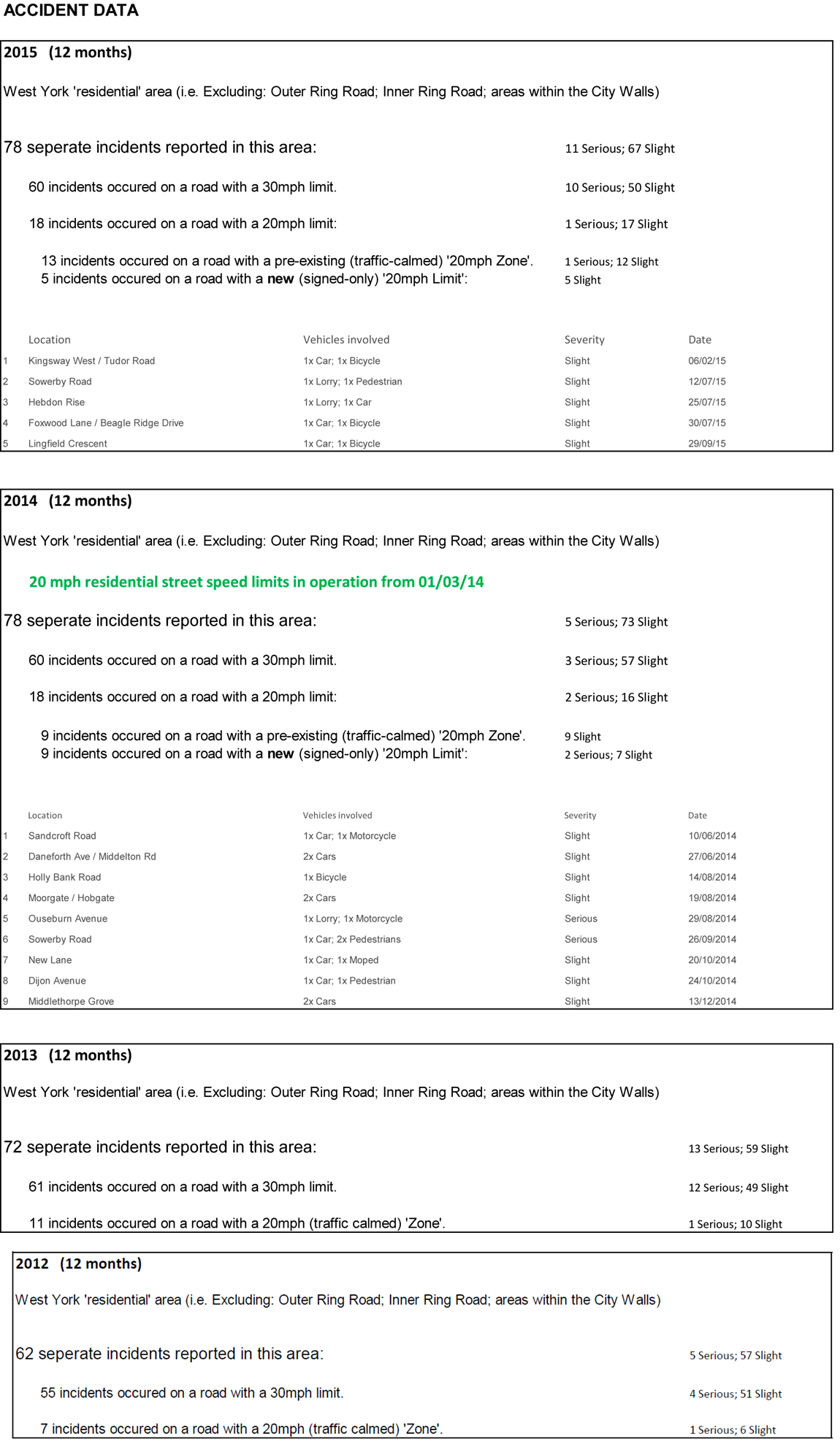 Below are the latest planning applications received by the York Council for the Dringhouses and Woodthorpe ward.

Full details can be found by clicking the application reference

Proposal:       Single storey rear extension and dormers to side and rear

Proposal:       First floor side and single storey side and rear extensions

Representations can be made in favour of, or in objection to, any application via the Planning on line web site.  http://planningaccess.york.gov.uk/online-applications/

The Council now no longer routinely consults neighbours by letter when an application is received.