Further to the recent story about the excavation of a small pond on the Knavesmire bordering Bracken Road, the mystery surrounding this work has been resolved.

It turns out that the work is being carried out by Froglife as part of their Yorkshire Tails of Amphibian Discovery (TOAD) project which seeks to reduce the huge decline of the UK’s common toads in Yorkshire and help replenish populations. It is funded through the Government’s Green Recovery Challenge Fund which is being delivered by the National Lottery Heritage Fund in partnership with Natural England and the Environment Agency.

This is a very worthy project which deserves support, and it is to be hoped that local residents and councillors will be kept informed of the plans for the site, with opportunities for community involvement.

Local councillors are investigating why a small pond on the Knavesmire has been excavated, leaving the site an unsightly mud bath. The site is off Bracken Road, next to Knavesmire Wood.

Council officers have been asked if they know why this excavation work has been done. York Racecourse has confirmed that the excavation work was not done by them or at their request.

In spring and summer months the pond has been a haven for wildlife, providing a place for frogs to spawn.

Plans to build five detached homes on land off Cherry Lane will be discussed at a meeting of the council’s Area Planning Committee on Thursday 20 August at 4.30pm. The officer recommendation is that the application is approved. The officer report is available to view HERE.

One of the concerns raised by objectors to the scheme is the impact on road safety, specifically the poor sight lines for vehicles exiting onto Cherry Lane. The officer report states that “details of the new junction have been agreed to ensure safety for all road users.”

A meeting has been held to discuss the traffic chaos caused by the Balloon Fiesta on the Knavesmire on Saturday 29 September. 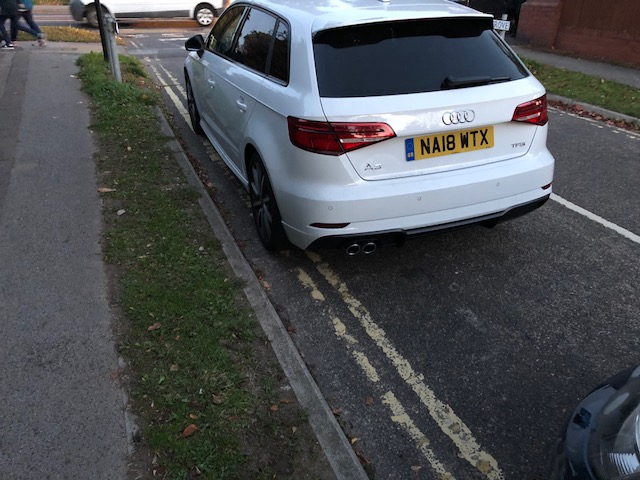 There were numerous examples of illegal parking, like here on Ainsty Grove

The meeting, on 4 October, involved City of York Council transport officers, Make it York, the Police and the event organisers. We understand that they discussed what happened and if there were any possible solutions to avoid a repeat of the problems caused.

Importantly, the council has told the organisers that they have to submit a full traffic and parking management plan early in 2019, drawn up by a fully qualified company, which will need to be approved by the Head of Transport before any decision is made to allow the event to take place again on the Knavesmire.

Local residents have asked why the race day traffic arrangements weren’t used for this event. The response we have received is that a wider traffic management plan such as the one in place for race meetings was not considered appropriate for this event owing to the extended and flexible arrival and departure times. In addition, the use of this type of plan could have created further problems given the poor management of the car parking by the event organisers.

Dress up like Santa and chase a christmas pudding around the Knavesmire. Run up to 6Km and raise some money for a great cause.

This event is a 6km walk, jog or run with a difference. Your £10 entry fee will get you a free Santa suit for you to dress up in and complete the 3km or 6km circuit.

The event is organised by the British Heart Foundation and all proceeds go to the charity. Now in its 6th year the event is a fun Christmas packed morning that helps you burn of a few calories before the festive season.

All abilities are welcomed and children can take part too.

There is even a Christmas themed fancy dress competition for those aged under 14 years old.

City of York Council’s annual Steps to Success event proved to be a huge success with the event at York Racecourse welcoming over 2000 young people and parents looking for information and advice. 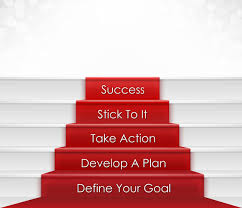 Steps to Success, held in partnership with York St John University and The University of York, was held on Tuesday 20 October with the aim of providing attendees with information on education and training options, as well as career routes.

The event housed 58 stands at the racecourse providing a wealth of information on Sixth Forms, Colleges, Universities, Apprenticeship Training Providers, Employers and other Support Services.

Running throughout the evening was a rolling programme of presentations including; Options for Key Stage 4 and Beyond, Options for Post 16 Education and Training, Apprenticeships, Progression to Higher Education and Future Job Opportunities.

Anyone parents or young people unable to attend the event who would like a copy of the parents’ guides or more information from the event please contact Beverley Wills on beverley.wills@york.gov.uk or call 01904 553008

A lot of roads – including some in the Racecourse area – will be closed on Sunday to allow a charity race to take place.

The rents help to pay for the clean up costs and administrative work. A bond is required for some events and sometimes these are not reclaimed. 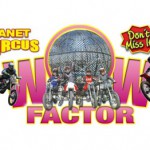 Most activities are free of charge with many providing an additional leisure choice for York residents and visitors.

The Continental market on Parliament Street brings in a healthy £5600 a go while the Food and Drink festival is the top earner at £13,022.

The Council has also listed the organisations which have used the (free) “charity” stall on Parliaments Street.

It is an eclectic list dominated by the Baha’i Faith, Bible education and York Palestine Solidarity.