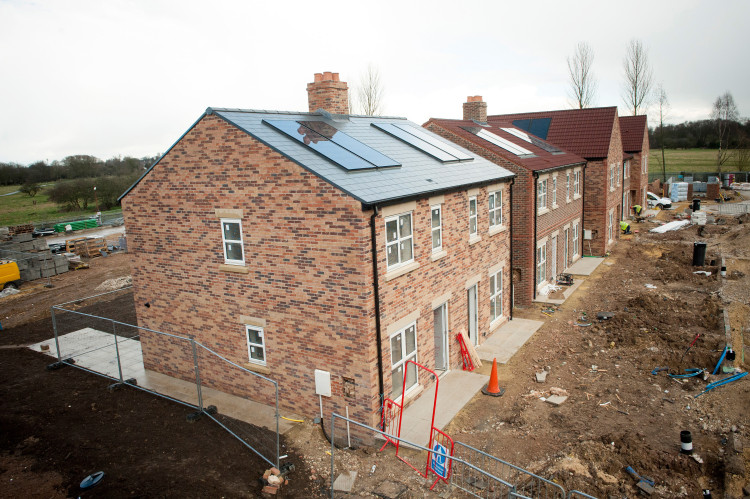 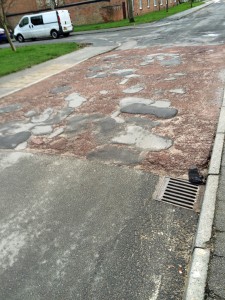 The new development at the former Our Lady’s school site has been hit by the failure of its building contractor. 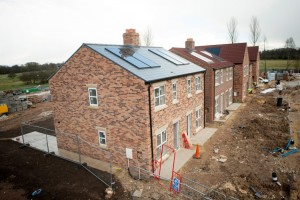 All the “for sale” units have been reserved and work is well advanced.

Media reports say that Southdale have gone into administration but the effect – if any – on the controversial Hob Moor development is unclear.

There is no information on the Hobstones web site

“Fourteen of the 55 homes at Hobstone will be for sale and the rest of the homes will available to rent at below market rates to families on average or low incomes.

Located on the site of the former Our Lady’s Primary school the houses look out onto Hob Moor. Built by Southdale and designed by award-winning architects Brewster Bye, the homes offer high quality energy, efficient accommodation with decent sized rooms and tasteful fittings”.

The development became controversial when the Labour Council almost doubled the number of units to be built on the former school site with local residents voicing concerns about “over-development” and fearing an adverse impact on Hob Moor and local traffic volumes. 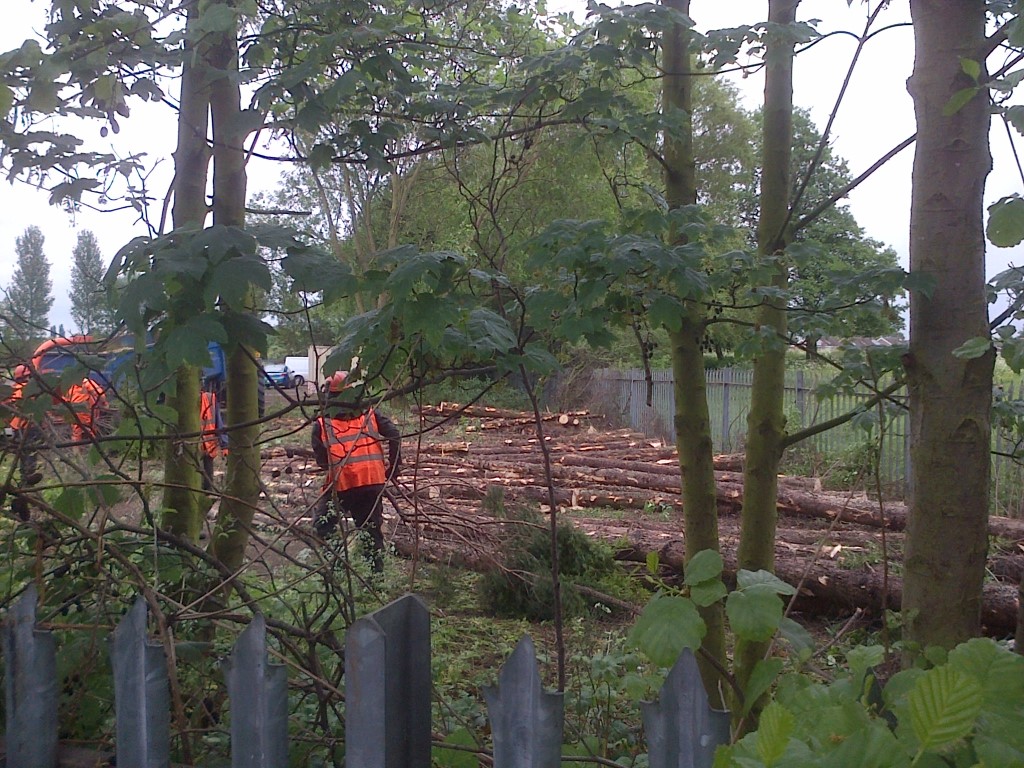 After only a few days work on site, residents are already raising concerns about the timing and scale of activities being undertaken on the development at the former Our Lady’s school site.

Most concerns related to the removal of mature trees during the nesting season. It appears though that the trees removed so far are in line with the permission granted by the Planning Committee for the scheme, although confirmation of that – and any impact on bats which are known to roost in the area – is awaited.

Some work was apparently taking place on Saturday afternoon. Working hours were restricted by the planning permission.

Another issue raised was the width of the access road from Windsor Garth which is currently narrower than is normally required for access to new developments (5 metres).

The former school buildings are due to be demolished over the next few weeks. 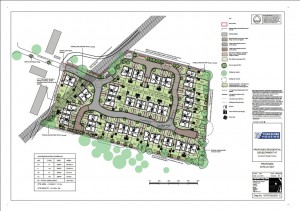 The controversial house building plans for the former Our Lady’s school site on Windsor Garth were approved by the Planning Committee last night. It appears though that the scheme may now be referred to the Secretary of State for his views.

Although the revised plans were an improvement on those originally submitted, it remains a very dense development which will add further pressures to public services in the area.

No provision has been made to provide additional parking spaces for those vehicles which will be displaced from the access road.

Astonishingly no restrictions were imposed by the committee on the use of tracked plant outside the line of the existing railings, opening up the possibility that – in wet conditions – parts of the Moor adjacent to the site might be subject to severe damage.

Although most of the existing metal railings area now being retained – allowing the existing trees and bushes to remain in place as a visual screen – on the north side of the site a new wooden fence will be installed.

No reason has been given for replacing the railings with this inferior fence, which is likely to provide less security for both residents and the Moor.

The committee also approved development plans for offices in Hungate (Haymarket car park), an extension to Askham Bryan College, detailed design features on the Terry’s site as well as the provision of new student accommodation on Lawrence Street.

A further report on the planned housing development on Windsor Garth has now been published for the Planning meeting which is taking place on 19th December 2013. 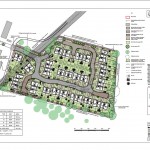 The application has been updated to reduce the number of properties by one, incorporate a small play area and retain the existing railings around part of the site.

These changes were notified to interested parties (previous objectors) on 4th December.

The changes will be welcomed by many residents.

The Council is also reducing its S106 payment requirements to reflect the on site “open space” provision but – without explanation – also scraps the payment of a commuted sum in lieu of the provision of school places. 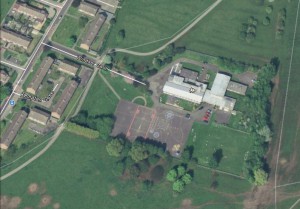 The proposal to build 56 additional homes on the site of the former Our Lady’s school on Windsor Garth was tonight deferred for further consideration.

Concerns were expressed about the high density of the layout, the lack of play facilities or community space, the poor sustainability features of the homes plus the need to retain the existing metal security railings.

It is likely that a refined design will be submitted to a Planning Committee meeting next year. 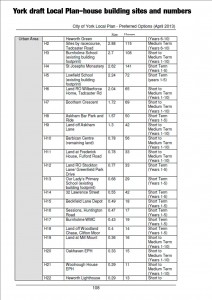 Labour Councillor Dave Merrett seems to have overstepped accepted guidelines when welcoming a planning application for the Our Lady’s school site.

He was quoted in the local paper as supporting a plan to build 56 homes on the site – almost double the number allocated in the Local Plan that Cllr Merrett approved in the spring.

If approved at the meeting on 21st November, the proposal would mean that the green space, school nature reserve and children’s playground will all be lost.

Normally executive Councillors avoid commenting publicly on planning applications once they have been submitted. They allow normal consultation with residents to take place before a cross party planning committee meeting decides on the merits of each proposal.

A public intervention by an executive Councillor could be deemed to be putting undue pressure on the planning officers who work in his department and who will author reports recommending approval or rejection of an application.

Officials are understood to have said already that the density on the development – at 82 homes per hectare based on the existing built footprint- is in excess of what would normally be permitted in a sub-urban location.

Meanwhile the Council Leader is also interfering in the planning processes.

Following on from his public opposition to converting unused shops into residential accommodation, he told the last Council meeting, when questioned about the higher number of housing units coming forward on brownfield sites that, 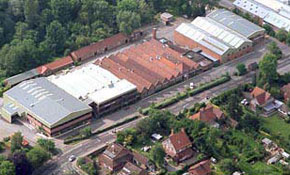 “the important distinction between the positions of the Liberal Democrats, and the Conservatives it has to be said, is that the other parties believe those living in central wards should have housing built on any spare piece of land anywhere near them and outer wards should continue to enjoy protection against any development anywhere near them”.

“The truth is housing should be built in both central and outer areas where it can be shown to contribute to tackling the city’s housing crisis at the same time as protecting residents’ local amenity”.

In fact over recent months it is central area sites that are seeing high densities proposed with Our Lady’s school only the latest in a long line which includes the former Press offices in Walmgate, the Burnholme club and several dozen others.

The Council Leader may, however, be confused about what constitutes “central wards”.

——————
NB. The Planning committee will consider next week a proposal to build 59 homes on the former Sessions site on Huntington Road. Of these 20% will be “affordable”

The density of the proposed development is just over 32 dwellings per hectare, and would be more densely developed than the surrounding residential areas. However this figure appears to be in conflict with the figures shown in the draft Local Plan.

The draft Local plan showed only 17 homes being built on this (0.47 hectare) site