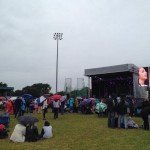 The Council agreed last night to undertake an inquiry into the Grand Departy and other aspects of the 2014 Tour de France organisation in the City.

The “scrutiny review” was shelved earlier I the year pending the Council elections.

Liberal Democrat Councillors will make fresh calls for a review into 2014 ‘Grand Departy’ concert when the issue is discussed on Monday. 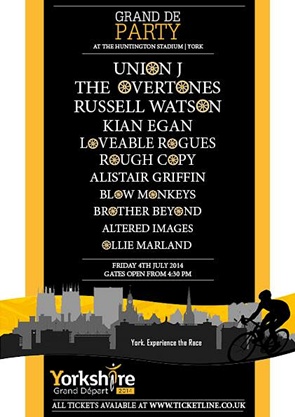 Last November, Lib Dem Cllr Ian Cuthbertson submitted a request for a review into the “planning, promotion and delivery” of council organised events for the 2014 Tour De France in York.

In January, Labour councillors led calls to delay the inquiry until after May’s local elections.

However, following the delay the issue is now back on the table and will be discussed at Monday’s cross-party Learning & Culture Policy and Scrutiny Committee.

Cllr Ian Cuthbertson, Lib Dem Councillor for Haxby and Wigginton, will attend the meeting to support an inquiry. He commented:

“It was disappointing that councillors chose to delay the review into the Grand Departy concert in January. Besides a loss to taxpayers of £187,000 from the concert, there were serious issues raised about public safety at the event. The report on the overall economic impact of the Tour De France did not address these issues and there are still unanswered questions. A proper inquiry is needed to establish what happened and what lessons can be learnt for future events.”
END_OF_DOCUMENT_TOKEN_TO_BE_REPLACED 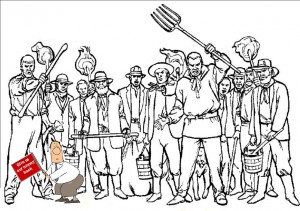 After many delays, it looks like a decision will now be made on how to investigate the £187,000 loss that the last Council made on the Grand Departy concert.

The event took place in June 2014 but Labour Councillors – many of whom lost their seats in the May elections – tried every manoeuvre possible to avoid being held to account for the failures.

A similar situation exists on money waste on the Lendal bridge/Coppergate closures and the failed wide area 20 mph project.

An all party scrutiny Committee will consider what type of inquiry to conduct into the budget and project management of the York Councils Tour de France responsibilities.

The issue remains a live one as similar events may be suggested in the future. A Tour De Yorkshire event held at the beginning of May produced a mixed reaction form City Centre shopkeepers several of whom blamed the event for untypically low Bank Holiday takings.

The report into the option available for the scrutiny of the issue can be read by clicking here. The meeting, which will be open to the public, takes place on 22nd June

The Councils Cabinet and, later, scrutiny committee will be debating the final report on last years Tour De France event when they meet next week. 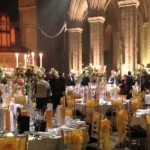 The report rightly highlights the positive benefits which the event produced. Not least among these were the 200,000 spectators in the City and the international publicity which the City received as well as an estimated £8 million injected into the local economy.

The latter figure is estimated and does not seek to relate benefits to the £1.8 million that the taxpayer paid for the event.

That was the largest amount that the York Council has spent on a single leisure event.

To put it into context, a similar number of people visited the City for the “Royal Ascot at York” event held in 2005. That event cost taxpayers less than 10% of the TdF costs (with most costs relating to traffic management).

The reports are weakest in the areas which caused some local residents concern.

A much hyped claim was that merchandising, car parking and camping sales would produce a “profit” to off set costs. That simply didn’t happen.

Many decisions such as the location of the event “hubs” were delayed before being imposed on unwilling neighbourhoods.

Some failures – post start entertainment and big screen blackouts – could have been avoided with better planning.

But the conspiracy of silence about the £180,000 Grand Departy decision making process remains the most significant outstanding issue. Only a passing reference is made to this event in the reports.

Hopefully the Scrutiny Committee meeting on Wednesday will finally insist on answers being given to the outstanding questions about the Grand Departy. When we know the answers, a more informed decision can be made about the level of public subsidy – if any – which should be given to the proposed “Tour de Yorkshire” (TdY).

Ironically that event is scheduled to hit the City on a busy bank holiday only 3 days before the Council elections are scheduled to take place.

York residents deserve to know all the facts before Council discussions are veiled by the start of the local election “purdah” period.

Cllr Crisp is trying to blame a senior York Council official for the “Grand Departy” failure. 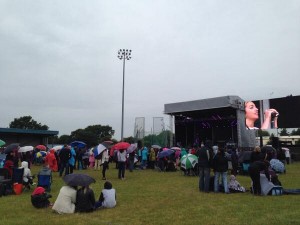 Despite featuring heavily in the pre publicity for the event – when it was assumed that it would be a success – Cllr Crisp now says the decision to hold the concert was taken under delegated powers by the Director of Communities and Neighbourhoods.

At the last Council meeting the Councillor also said that she didn’t know how much the concert had cost.

However the figures will emerge through a Freedom of Information request unless the Council publishes them voluntarily. 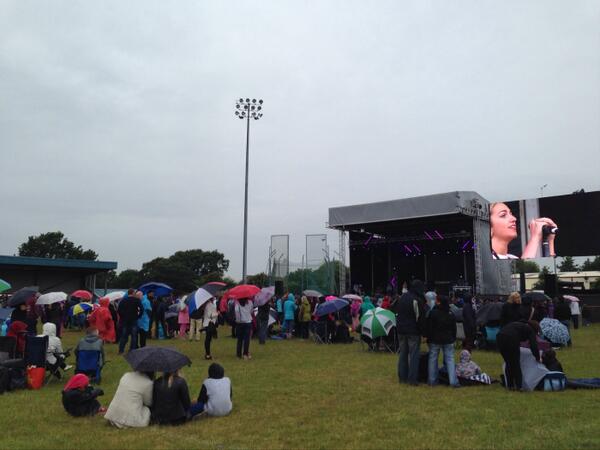 Around 1000 spectators turned up for last nights concert at the Huntington Stadium.

The event was hit by wet weather early in the evening.

However ticket sales had been disappointing for the “10,000” capacity event and there are now concerns about who will pick up the bill for, what is sure to be a 5 figure financial shortfall on, income.

The event had been described as a planning “afterthought” with the Council unable to allocate enough resources to its organisation.

The event was never discussed publicly through the Councils decision making structures.

The responsible Cabinet member (Cllr Crisp) has yet to issue a statement on what many people are labelling as a flop.

Meanwhile media reports have revealed that many who bought “seated” tickets for the event were forced to stand in the rain. 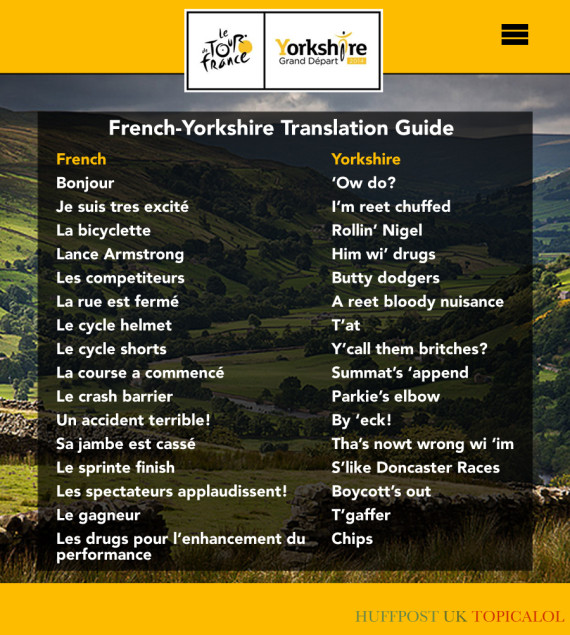 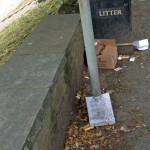 Concerns are increasing about the appearance of the City in the immediate lead up to the Tour de France start.

It seems the Council has taken its eye off the ball, not just in its preparations for tomorrows Huntington Stadium “Grand Departy” not to mention the Poppleton Park and Ride embarrassment, but also visitors are arriving in the City to be greeted with public service standards which in some locations are boarding on the squalid.. 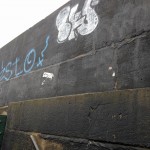 Graffiti next to the railway station

Residents are, however, being encouraged to prepare for a “full and diverse cultural weekend” to celebrate the Tour de France as events as activities for the whole family take place across the city from Friday 4 to Sunday 6 July.

· Boulevard St Leonard’s will have themed pavement cafés, French decoration and music. Plus, Maintenant (Now) is a sound installation of 100 sounds of Paris and 100 sounds of York – Now! Both are commissioned by Yorkshire Air Museum and York Theatre Royal. www.yorkshireairmuseum.org/ and http://festival.yorkshire.com/events/boulevard-st-leonard

The York Council has missed yet another deadline for the “final” completion of the Park and Ride site at Poppleton.

The Park and Ride service was opened prematurely by the Council 3 weeks ago although essential signage, traffic signals, parking bays, landscaping and improvements to the A1237/A59 junction had not been completed.

Not surprisingly, despite the novelty of being able to ride on the City’s first electric buses, user numbers have been very low.

Most bus services are running empty.

By Saturday evening carriageway surfacing had been completed near the roundabout but lane restrictions remain in place as work to access footpaths and the cycle path has yet to be finished.

The Park and Ride site itself resembles the set of Close Encounters of the Third Kind.

It will present a poor backdrop for the TV pictures of the Tour de France riders who are scheduled to pass the site next Sunday morning.

TV coverage is scheduled to be beamed world wide and was one of the main reasons given by the Council for its £1.6 million investment in the event.

The Council has failed to provide any explanation for the latest delays nor for its decision to open the Park and Ride facility before work was completed.

The failure is the latest in a sting of misadventures which saw that Council forced to abandon plans to turn Monk Stray into a camping site and which has seen very low ticket sales for their highly expensive Grand Departee concert being held at Huntington Stadium on Thursday.

They have, however, now added the popular local band HUGE to the concert programme no doubt ensuring that the Council’s propaganda machine will be able to refer to a huge attendance at the event! 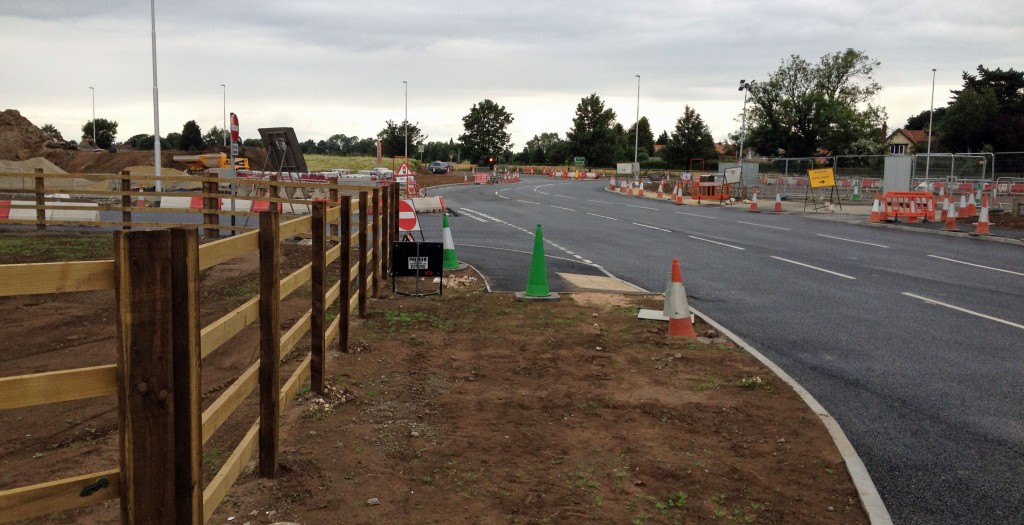 To help celebrate the Tour de France Grand Départ, over 100 banners are being designed and produced by primary schools in York in time to display at York Racecourse on Sunday 6 July.

The school project, organised by the council’s sport and active leisure team, has a theme of ‘Tour de France: What path will you take?’ and will see 110 white canvas banners decorated by school children.

The Sport Activation Zone at York Racecourse Spectator Hub is open to everyone who has a ticket. They will be able to find out more about cycling, sport and health opportunities in the city. Visitors will be able to try different sports, pick up healthy living information and enter free, fun activity challenges.

A husband and wife team has won a 6 month Tour de France challenge which was set by Energise for its members in January.

Jack and Jill Whitham were first to successfully complete the 2,271 mile challenge to cycle, run and swim or climb the Tour de France distance prior to the Grand Départ Stage 2 leaving York on Sunday 6 July.

Jill Whitham said: “We thought it would be impossible at first but found that the challenge really gave us the push to increase cardio workouts and achieve our goal weights. It also encouraged us to try more on the bikes and the rower. We will be going out to watch the Tour de France as it is on our doorstep this year.”

Paul Bickle, Manager of Energise said: “All the staff would like to give them our congratulations and we’re glad that the challenge helped them both to achieve their goals. As a prize they have chosen the Go Ape Tree Top adventure at Dalby Forest. The individual winner category is still up for grabs and we are encouraging all our members to have a go.”